The California Association of Realtors just released its Housing Affordability Index (HAI) for the 2nd quarter of 2015. All Bay Area counties saw declines in their affordability index reading – which measures the percentage of households that can afford to buy the median priced single family dwelling (house) – and San Francisco is now only 2 percentage points above its all-time low of 8%, last reached in Q3 2007. 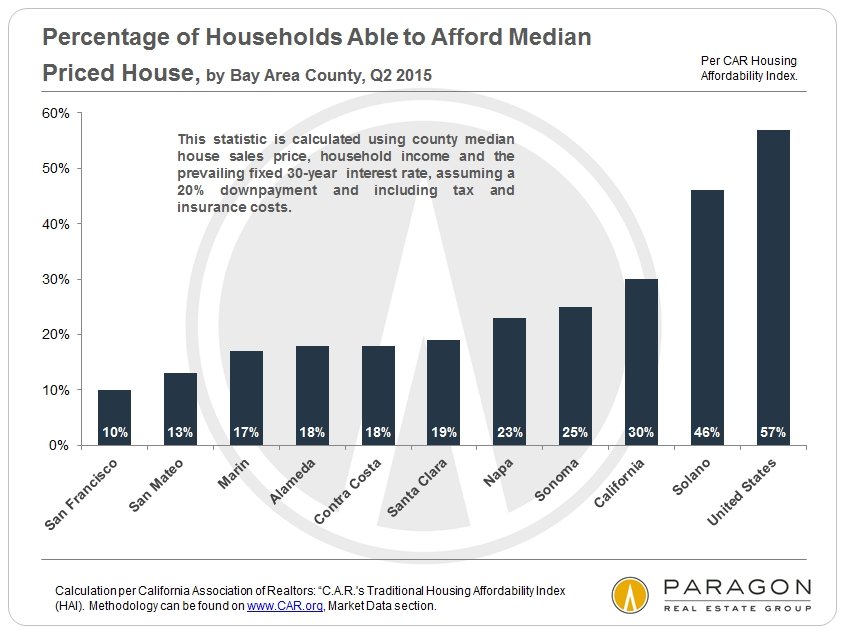 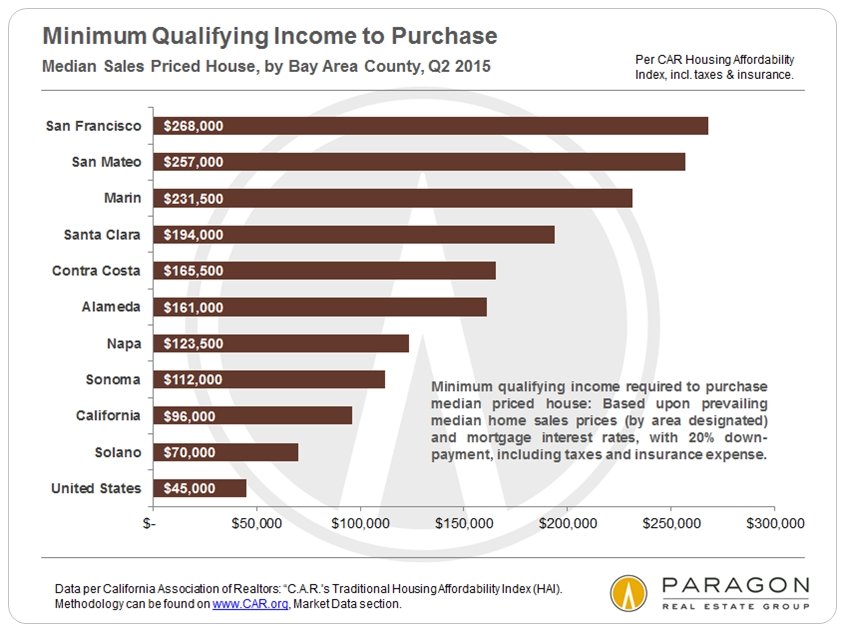 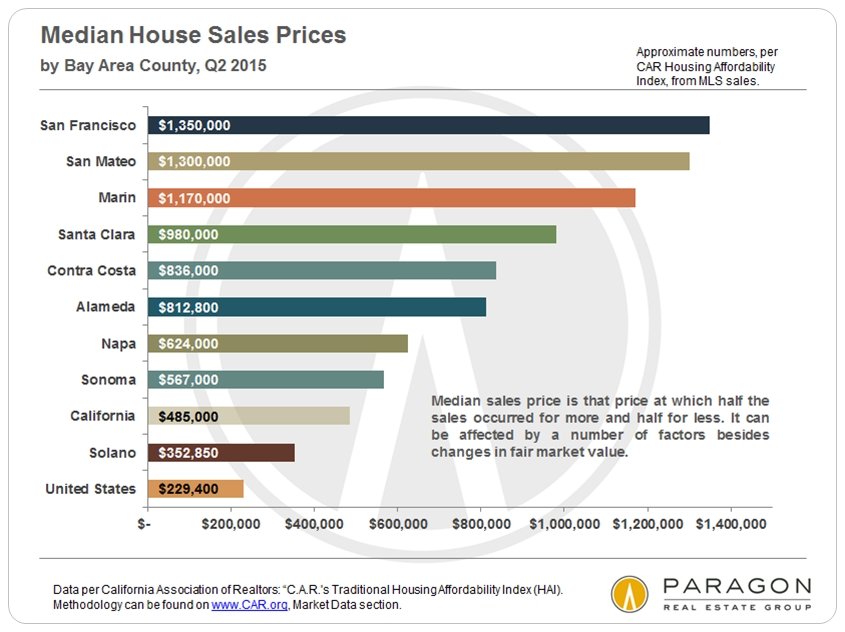 These 3 counties illustrate the general ups and down in Bay Area housing affordability since 1991. 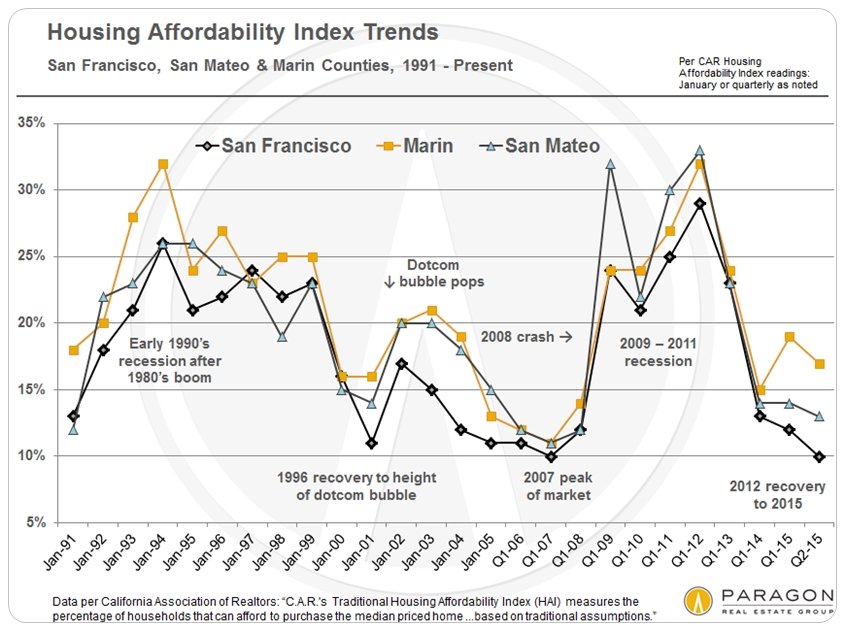 Illustrating the surge in SF home prices and decline in affordability since the current market recovery began in 2012. 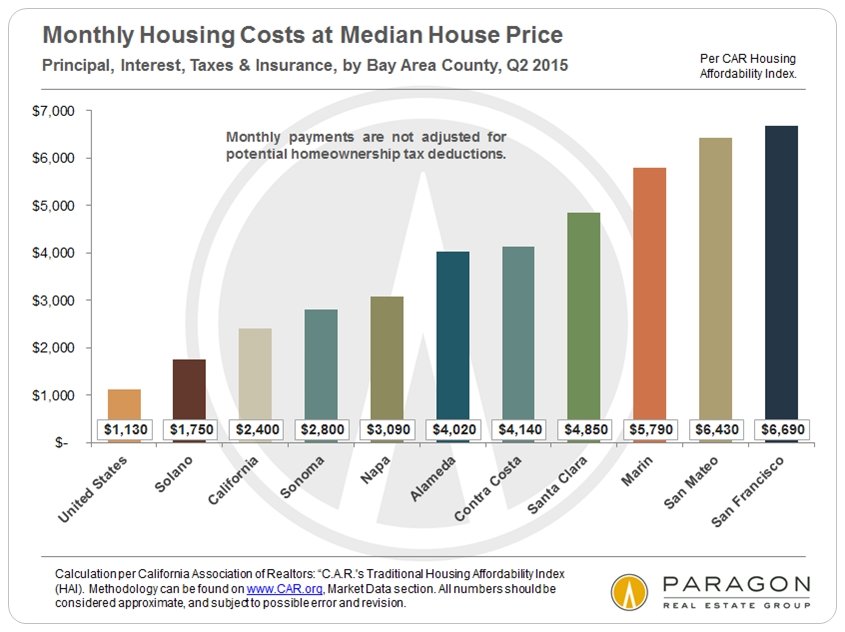 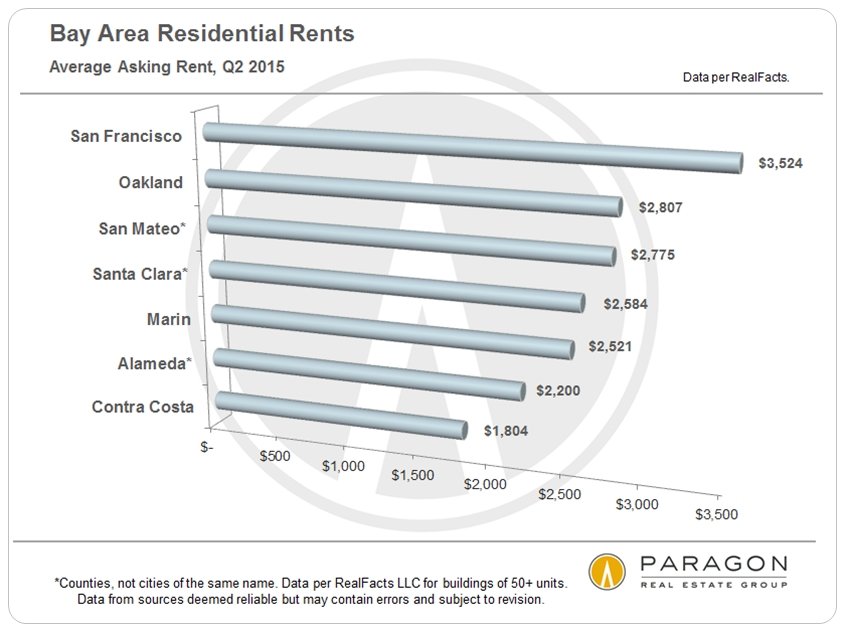 Two issues to keep in mind when comparing monthly ownership costs with monthly rental costs, both of which are very high in the Bay Area: Firstly, the average house is much larger than the average apartment, so this is not an apples to apples comparison. Secondly, the housing costs for ownership should ideally be adjusted for loan principal repayment, which builds equity, as well as for the tax deductibility of mortgage interest and property tax payments (depending on one’s specific financial circumstances). Those are two reasons why buying often makes financial sense when compared to renting. Long-term home-price appreciation may be another.

The same economic and demographic forces have been putting pressure on both home prices and apartment rents. 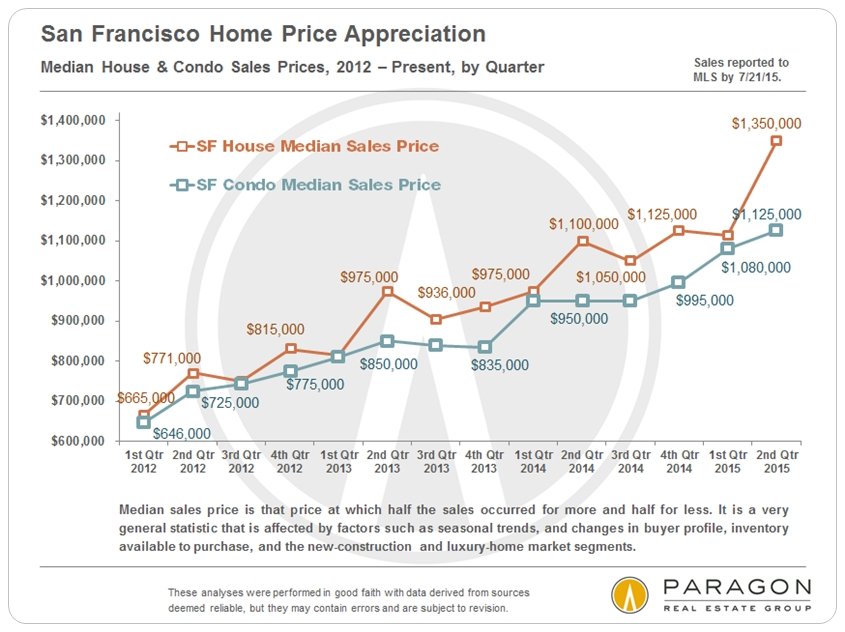 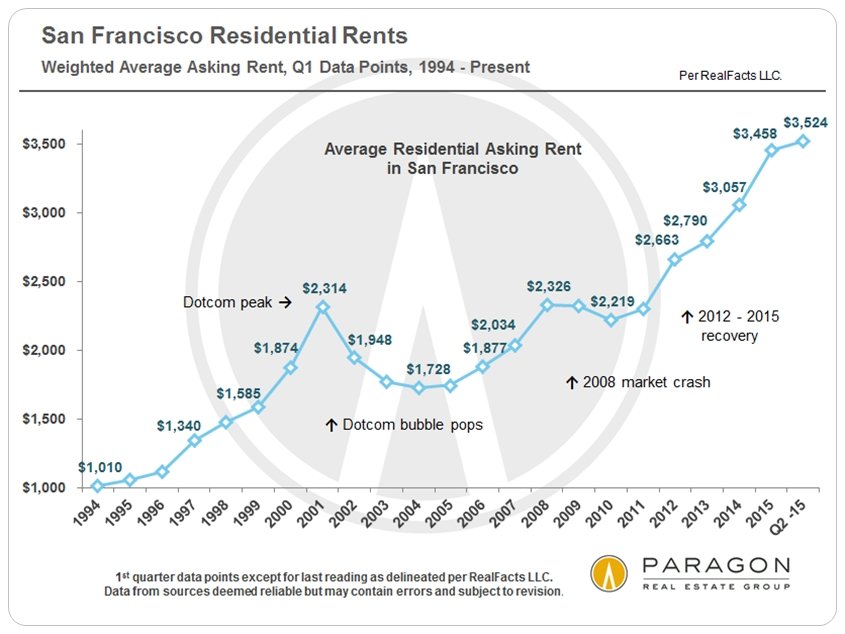 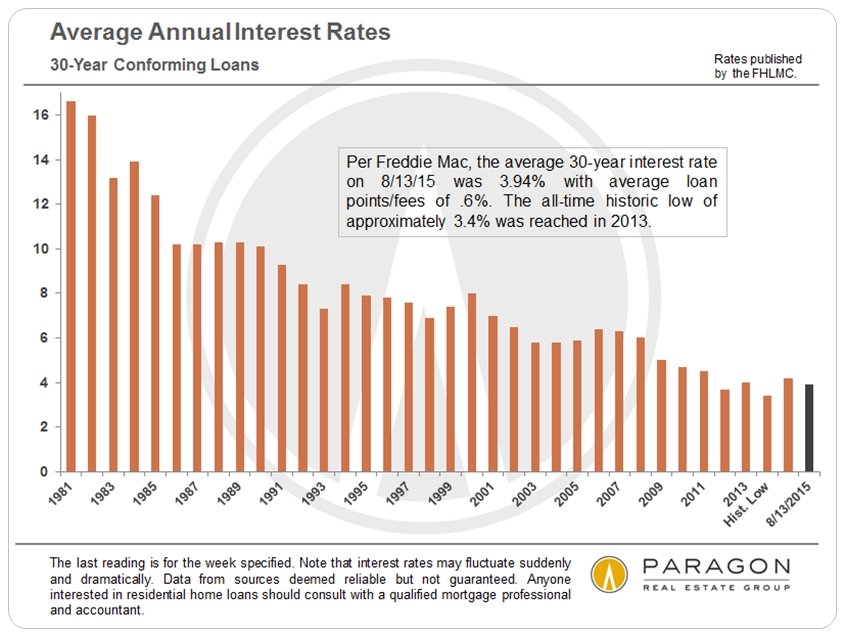 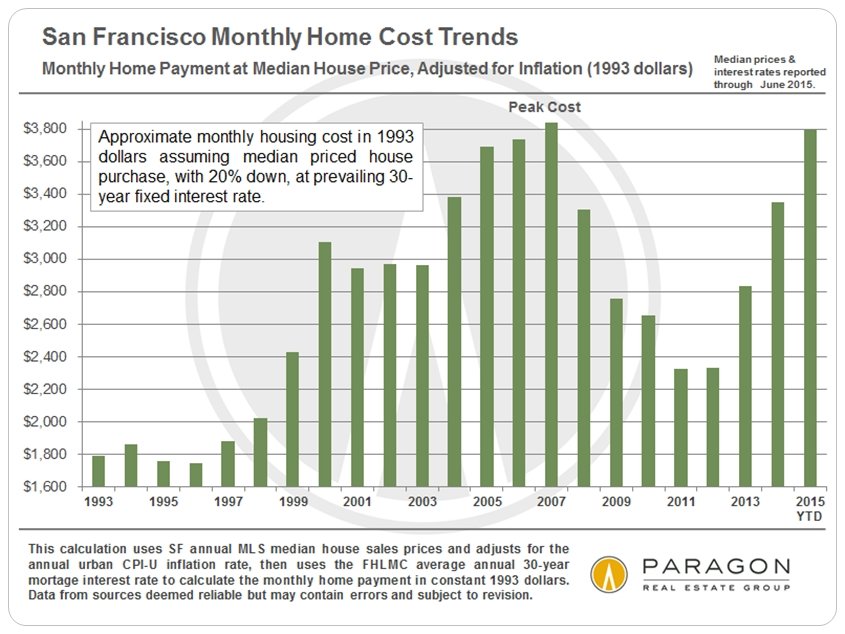 This chart illustrates a very approximate calculation of monthly housing cost (principal, interest, property tax and insurance)adjusted for inflation – i.e. in constant 1993 dollars – over the past 22 years, using annual median house sales prices, average annual 30-year interest rates, and assuming a 20% downpayment. The compounding CPI-Urban inflation rate fluctuated over the period, but averaged about 2.4% annually. Average annual 30-year mortgage rates fluctuated from 8.4% to 3.7%, hitting a historic short-term low of 3.4% in 2013; it is currently running around 4%.

Adjusting for inflation and interest rate changes means that though the median sales price is now far above that of 2007, the monthly housing cost is still a little bit below then – which generally correlates with the HAI percentages. This isn’t a perfect apples-to-apples comparison because it doesn’t take into account that the amount of the 20% downpayment increased significantly over the time period.