The Case-Shiller Index for March just came out and showed a big jump, just beginning to reflect the surge in appreciation we’ve been experiencing in 2013. (January and February Index readings mostly reflect sales in late 2012.) The March reading was 3.5% higher than February (last month) and 15% higher than March 2012.

The Index is for the 5-County SF Metro Area, not just for the city of San Francisco, and since it reflects a 3-month rolling average, is published 2 months later and sales close 4-8 weeks after the offers are negotiated, it is typically 3-5 months behind the actual market on the street. I would expect another significant jump in April’s Index. 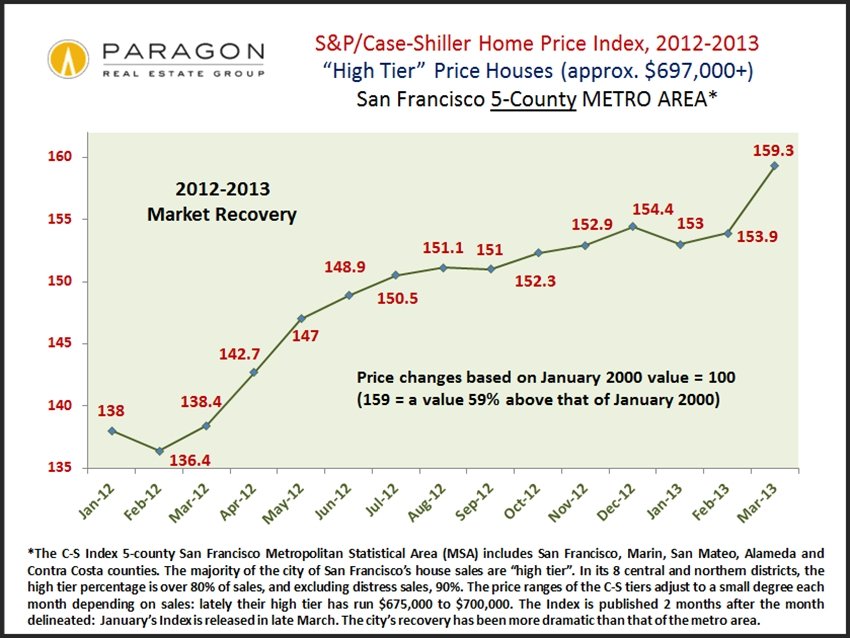 The complete Paragon report on the Case-Shiller Index is here: http://www.paragon-re.com/Case_Shiller_Index_Deciphered_for_SF