The Case-Shiller Index for September was released today. Note that it will mostly reflect sales negotiated in August or before, during the slower summer sales season. (The next Index, published in late December, will begin to reflect transactions negotiated in September and the start of the autumn sales season.) These 2 charts pertain to the upper third of sales for 5 Bay Area counties – upper third by price range. The majority of home sales in San Francisco, Marin and San Mateo are in this upper price tier.

As noted in recent Paragon reports, after the feverish market and home price appreciation of spring 2014, home values in the higher-end neighborhoods typically flattened or ticked down a bit, while more affordable homes generally continued to tick up in price.

Short-term fluctuations are not particularly meaningful until confirmed over the longer term, since markets fluctuate for a variety of reasons including seasonality. 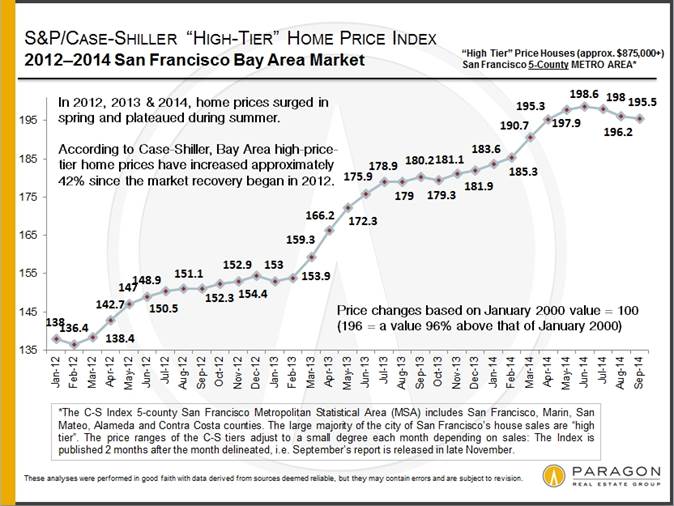